The da Vinci Xi (IS4000) is currently the most advanced platform designed for minimally invasive surgery. Its innovative and precise technology makes this robotic system versatile and suitable for different fields of specialisation, from urology to general surgery, as well as gynaecology, cardiothoracic surgery, cardiac surgery, paediatric surgery and otorhinolaryngology.

The da Vinci Xi system is comprised of three components: a surgeon console, a patient-side cart and lastly, a visual cart. 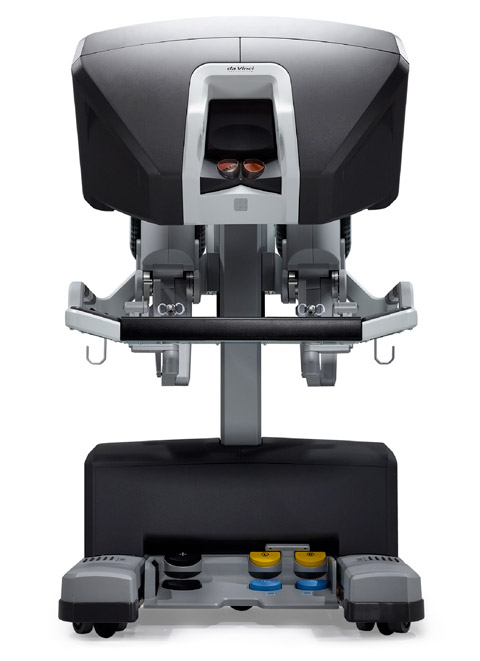 From this workstation (outside of the surgical field), the surgeon controls and manoeuvres the 3D endoscope and the EndoWrist instruments characteristic of the da Vinci Xi robotic system by means of master controls and pedals.

The alignment of the eyes, hands and instruments is perfectly replicated in the viewer display the console is equipped with. Detailed visualisation, dimensioning at scale of surgical manoeuvres, the option to adjust the screen view to accommodate several images at the same time (the surgical field alongside two other displays accommodated by auxiliary inputs) ensure that the manoeuvres made by the surgeon are safer, more precise and steadier. 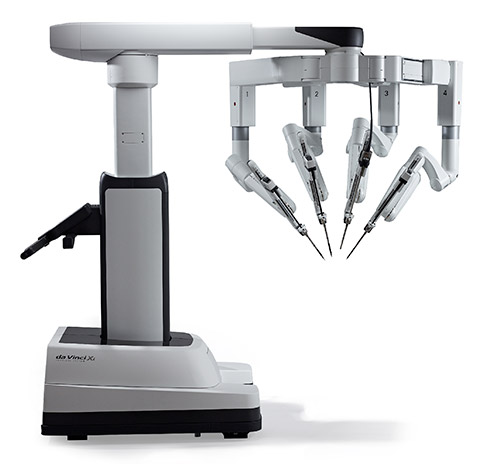 With its four arms, it makes up the surgical component of the robotic system. The four structures are latched deriving from a remote centre and fixed in space: such a connection allows the surgical instruments and the endoscope to move freely, thereby reducing the force exerted on the patient’s body to a minimum.

In coordination with the surgeon at the console, a second surgeon is stationed at the patient-side cart, in order to aid in the replacement of the instruments and with the endoscope, furthermore having the possibility to select the type of intervention along with the relevant placement of the robotic arms during the preoperative phase by means of a touchpad connected to the back of the cart.

If necessary, you can proceed with the manual positioning of the arms, varying the height, advancement and rotation in order to limit the movements of the entire patient-side cart.

The cart’s scope of supply is completed with a spot laser positioned on the arm intended for the endoscope which improves the position of the four structures. 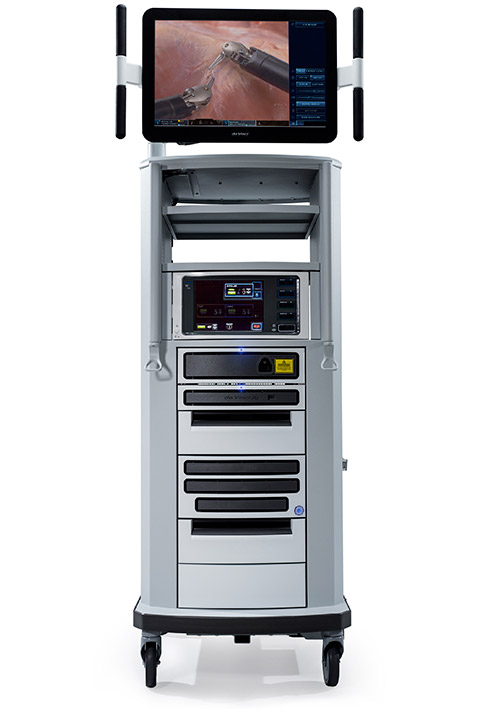 The visual cart, the image-processing unit, is composed of a 24-inch touchscreen monitor, an ERBE VIO dV electrosurgical unit and a series of racks for optional auxiliary surgical equipment.