Born in the heart of the Silicon Valley, starting as a military patent and developed by the Californian company Intuitive Surgical Inc., the da Vinci robot was launched on the market in 1999. Since then, it has undoubtedly revolutionized robotic surgery in the United States and in the rest of the world, thereby offering ever-increasing performance with the development of subsequent configurations.

In 2014, the da Vinci Xi (IS4000) was made available, being the most recent version at the forefront of the robotic system which is now present worldwide with more than 3,900 installations. 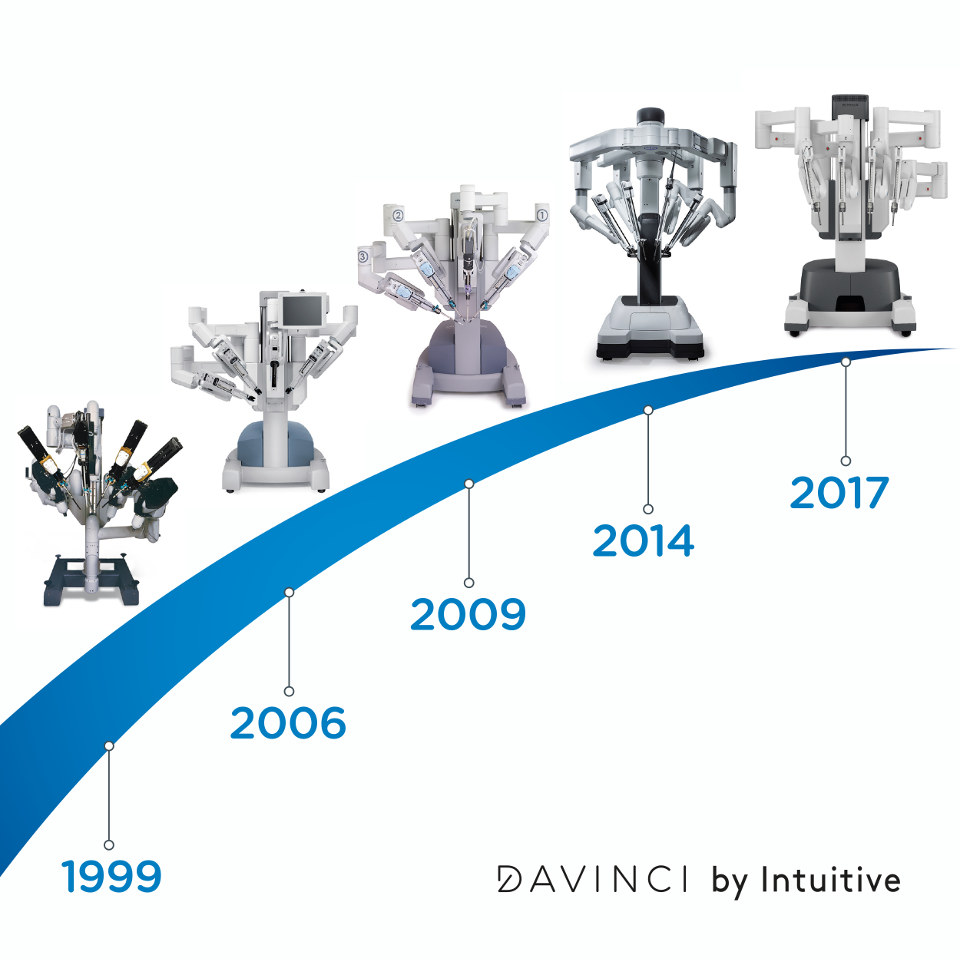 The da Vinci system perfectly summarises the advantages guaranteed by anthroscopically-assisted and laparoscopic procedures. The surgeon has a complete and sharp view of the surgical field and the option to treat difficult-to-reach anatomical areas, all through discrete access points measuring only a few centimetres.

The precision, minimal invasiveness and safety of surgery lead to a two-fold advantage, both for the medical professional and the patient.

The use of the da Vinci robot ensures maximum steadiness of the surgeon’s movements, both for destructive procedures as well as reconstructive ones. This represents a great benefit for the patient who undergoes a less traumatic operation with a reduced number of incisions, a moderate level of bleeding, reduced necessity for transfusions, less painful and quicker post-operative recovery, therefore resulting in shorter hospital stays and a quick and better recovery.